Join us at the opening reception on July 17th, 7pm with musical performance by Alec K. Redfearn.

“The road up and the road down are the same thing.” – Hippolytus

Natan Alexander is an award winning tattoo artist, an officer of the Ordo Templi Orientis at Knights Templar Oasis in Salem MA, and an occult artist working in various mediums in addition to tattooing. He owns and works out of Witch City Ink, Salem’s finest tattoo studio, and Lightwave Tattoos, in Saugus Ma. Once a year, Natan also organizes the Boston Tattoo Convention, the largest international tattoo event in the New England area and now in its twelfth year.

Thelema and magick have been a huge shaping force in his development, both as an individual and as an artist. As a Master Mason for over a decade and a member of the A.*. A.*. , he brings an initiates understanding of the symbolism and inner meanings behind the Art he creates. Natan is a regular and devoted world traveler, researching the origins and energies of the cultures and ideas that inspire his Art. 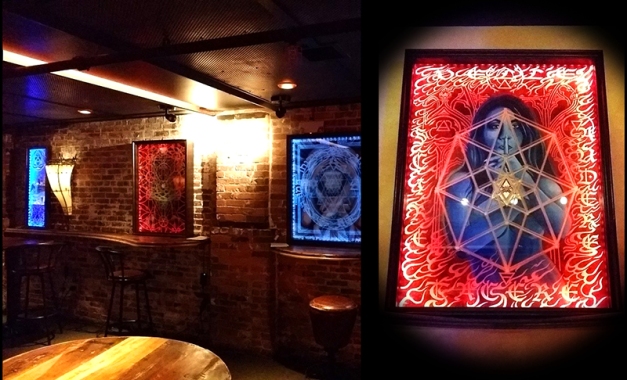 K Lenore Siner is a self taught painter with formal training in 3D Fine Art from the Massachusetts College of Art. She paints using a variety of mediums including oils, wax, resin, ash and herbs.

Siner’s imagery comes from a life devoted to spiritual exploration. During the past 13 years she has studied Tantra in India and Thailand, graduated from the women’s mystery school Priestess Path, been initiated into shamanic practices, facilitated all night fire ceremonies, studied plant medicine and is currently honored to be a Lakota Sundancer. Her most recent fascination and area of study is Alchemy and its application to and correspondence with the artistic process. 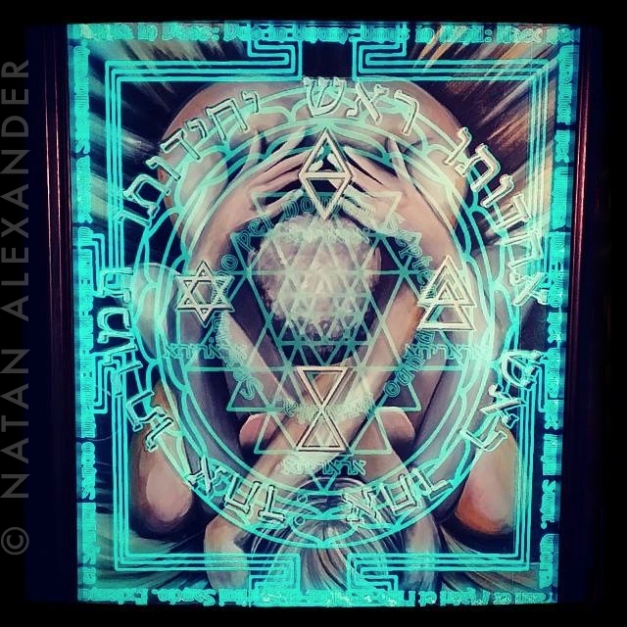 Illuminated Glass and mixed media on board, 2013

Notariqon for the Hebrew phrase “Achad Rosh Achdotho Rosh Ichudo Temurato Achad”, which means, “One is His Beginning; One is His Individuality; His Permutation is One”.

The Latin inscription on Stelae reads:

In his Critique of Pure Reason, Kant distinguished between “Phenomena” objects as interpreted by human sensibility and understanding and “noumena” (objects as things-in-themselves, which humans cannot directly experience). The noumenal realm was equated with the world of ideas known to the philosophical mind, in contrast to the phenomenal realm, which was equated with the world of sensory reality. The Latin word “numina” also suggests that which is perceptible by the mind but not by the senses.

It is in this “Numinus” realm that we interact with the gods, angels and demons.

NUMINA presents the angels of the Shehamphorash, the mystical 72 letter name of god. It is said that simply by gazing on these names one may receive the blessing of their angelic radiance. Beneath these sigils is the flower of life shown in its geometric relation to the holy Kabbalah. Together these form a sacred alignment describing the lightening path from Kether to Malkuth, Spirit into Matter. 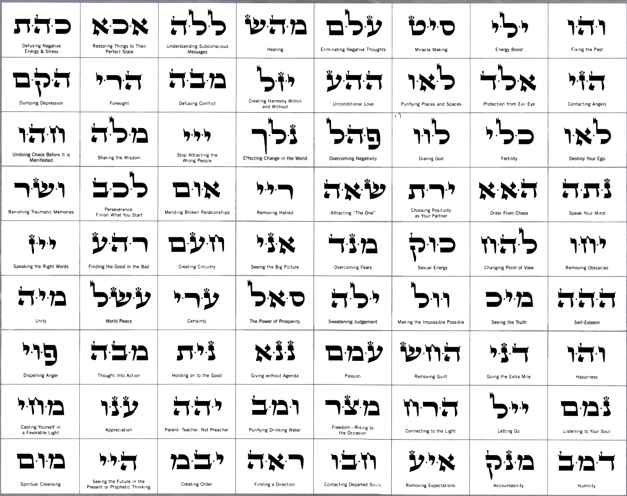 Powers of the Sphinx

Illuminated Glass and Mixed Media on Board, 2010

“In philosophy, the hypercube or tesseract represents the inherent complexity of a two-dimensional surface, and the dynamic, structuralized potential of the fourth dimension; According to one theory, time is interpretable as the nth dimension in an nth-dimensional context; acquiring additional dimensions merely requires more complex exceptions, and a more complex set of working instructions.”

“To Know, To Will, To Dare, and To Keep Si-lent: these are the four traditional maxims of the aspiring magician, the Four Powers of the Sphinx.

These Four Powers are attributed to the four elements. They frequently are symbolized by the four Kerubic (or “Fixed”) signs of the Zodiac, the images of Taurus, Leo, Scorpio, and Aquarius.

The mysterious symbolism of the Sphinx itself also is attributed to the sephirah Malkuth, especially in the sense that it is a visual and symbolic synthesis of the four elements through these governing Kerubic forms.

Different writers have allocated these Four Powers to the four elements in different ways. Nor did Crowley limit himself to one way of listing their correspondences. The exact attributions do not matter for our present purposes. They can be evaluated by each Neophyte individually, in the process of building her own understanding of the Four Powers of the Sphinx, and in the process of evolving her own inner symbol system and magical methodology. Among Crowley’s writings, the primary references for these different views can be found in De Lege Libellum, and in Liber Aleph, The Book of Wisdom & Folly, both of which were a part of the Probationer Syllabus. There is additional teaching in a document given to the Probationer on the occasion of her initiation. A still different formulation is given in Liber 777, Col. L. Another helpful reference is Magick in Theory & Practice, Cap. XXI, Sec. V.

It is important to understand that these “powers” develop in ascending layers. One never “masters” them in the sense of having fully acquired them. They continue to reappear on ever-higher levels, appearing in progressively more subtle aspects. For this reason they are represented as the four sides of a solid, balanced foundation – the first row of brick and mortar, so to speak – of the Pyramid of Initiation which the magician is building toward the stars. Without such a solid and balanced foundation, the structure eventually will topple and fall. The higher goes the building (the closer to its apex one reaches), the more likely the fall. This is as true psychologically and spiritually as it is in architecture. For this reason, the A.’.A.’. encourages – in fact, requires – a gradual, progressive, balanced advance in the Great Work, resting upon a solid, sure foundation.”